Anthony Gantt and the birth of At Ease Rentals:  Anthony is a smart Marine Corps officer  who saw an opportunity and jumped on it. He was changing duty stations (in military terms, “PCS” or permanent change of station) and when he turned in his reimbursement request, it was denied.  Why? He had stayed in an Airbnb instead of a hotel.  Anthony had made several PCSs before and never had a reimbursement be denied, and this really burned him up.  So he began the process of getting the rules changed.  We hope you will find this interview along with interviews with   Kevin Rhea and CL Reed to be educational.

He began the paperbound process of changing government regulations and had a breakthrough.  After a surprising meeting with some government travel officials, he notified the military that he was going to work on a platform that would be an OTA (online travel agency, like Airbnb) for the military.  This platform would be one that meets all the various rules for military and civilian government travel.  It would allow federal travelers to stay in short term rentals if they so choose.  And the other side of the platform works by inviting vacation rental managers and individual STR hosts to list on the platform.  The result is his platform At Ease Rentals.

Debi asked him about new hosts on his platform, and about safe travel.  Anthony says that bookings are difficult for travelers of color.  Hosts would often reply that the dates were not available. Frustrating. And looking out of place in a given neighborhood, for example.  But of all the cities he’s traveled to, he finds Orlando to be the model for a good vacation rental experience.  He feels that it’s not so much about safe travel as just having to deal with prejudicial bias. Debi asked if Anthony knows about Airbnb’s changes such as not showing the picture until the reservation is made. She also made the point that it seems like no other OTAs besides Airbnb seem to address the issues of discrimination and bias, and while Airbnb hasn’t cracked the code altogether, they at least make earnest attempts to solve the problem.

Anthony spoke about his four daughters, teaching them to be proud and that the only thing that can bring us down is divisiveness.  Anthony made the point that diversity just adds higher returns on the investments.

From his standpoint, Anthony sees us as Americans first, like I’m American, African descent. American, Italian descent etc.  He doesn’t really like the term like Black American.  American first. What can I do to be a contributing member of society? We need to be the beacon and the role model for the rest of the world.

Debi asked, how can we make guests feel more comfortable?  Anthony’s response:  You can’t fix stupid. If I told you no green eyed person could stay in this house on the lake, you’d be upset.  It’s like that. Everyone wants the same thing and be able to book a place without worrying about anything. Debi  brought up Krhea’s comment that it’s weird when people say they “don’t see color”.  Anthony said it would be like “I don’t see women.  I see everyone as a man”.  We just want to go to a booking platform and book.

Debi mentioned her picture on her listing websites that says “all are welcome here, no matter your…..”  Anthony recommends to look at stock photo site PEXEL. Stock photos of everyone. His point is, use these pix of diverse people with your listing, which is a GREAT idea.

Anthony  just got goosebumps.  Wanting to reach different travelers, he went to groups on Instagram – black people travel a lot. Anthony talks about spouses of military being 95% women; he looked at their Pinterest and came to a realization of how to market: PINTERIST!

Anthony talks about how hard he’s working on the company, and said he’s acting like it’s one of the 20 hour deployments he knew of from previous military assignments, to work on At Ease while he’s a full time marine.

Deb asked about the meaning of “walking when black”. His answer was that you have different concerns depending on the situation, like if you’re in a mall, high end store, there are eyes that automatically come to you about shoplifting. Traveling while black, you can’t wear sweatshirt and hoodie, and at work while black, is it ok to let hair naturally grow out or is is non professional or not serious.  He went to a golf thing, one of the guys had an NBA mask, but none of them are basketball athletes, one of the ladies asked if they were from the NBA, even though most were not exactly athletic anymore…

This podcast first appeared at https://hostingyourhome.com/at-ease-rentals-with-anthony-gantt-underrepresented-hosts-series/

First time it’s ever been covered? We think so. Tim and Sarah dig into strategies to get your kiddos working in the VR business alongside you, as well as suggestions on how to disengage from the business during family time to be a present parental unit.

Here’s to the moms and dads! 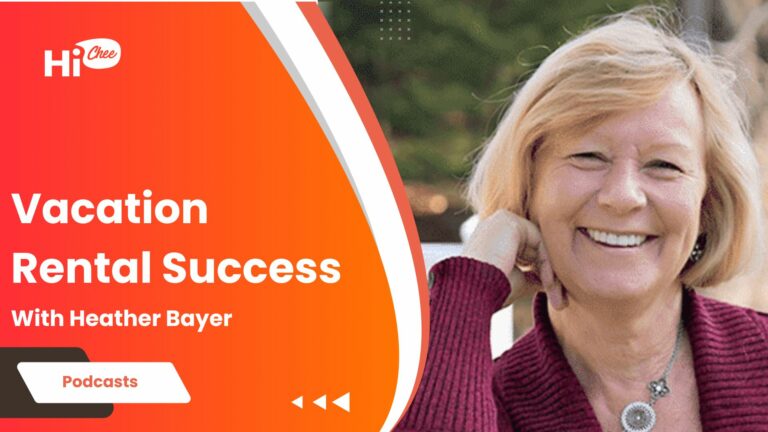 This episode of the Vacation Rental Success Podcast is sponsored by HostfullyAn All-In-One property management platform that allows Vacation Rental Owners & Property Managers to handle all aspects of their business in one easy-to-use space.

We are heading into some challenging times.  Reduced demand, increased supply, and a growing pushback on rates may combine to create a perfect storm in 2023.  Getting ahead of the potential for trouble means you’ll need to be proactive in your planning strategy.

If you have never created a business success plan, now is the time.

Why should you have a business plan?  After all, if it’s just you, most of what you are doing is firmly in your head so why does it need to be written down.’

There are some very good reasons.

Creating a written plan helps you think through all the aspects of your business and takes it out of your head!

When you eventually sell your business, having an annually updated plan will give you a sound foundation for a successful sale.

It will help you establish business milestones – set goals and lay out your long-term plans.

You can assess the feasibility of the business – analyze trends, threats, and market fluctuations.

Documenting how will you make money and meet financial obligations (your revenue model) makes so much sense.

It will force you to research and really know your market.

Even if you never use it for seeking investment or a loan, and don’t plan to sell the business, this is one of the most valuable exercises you can do.

In this episode you’ll hear: